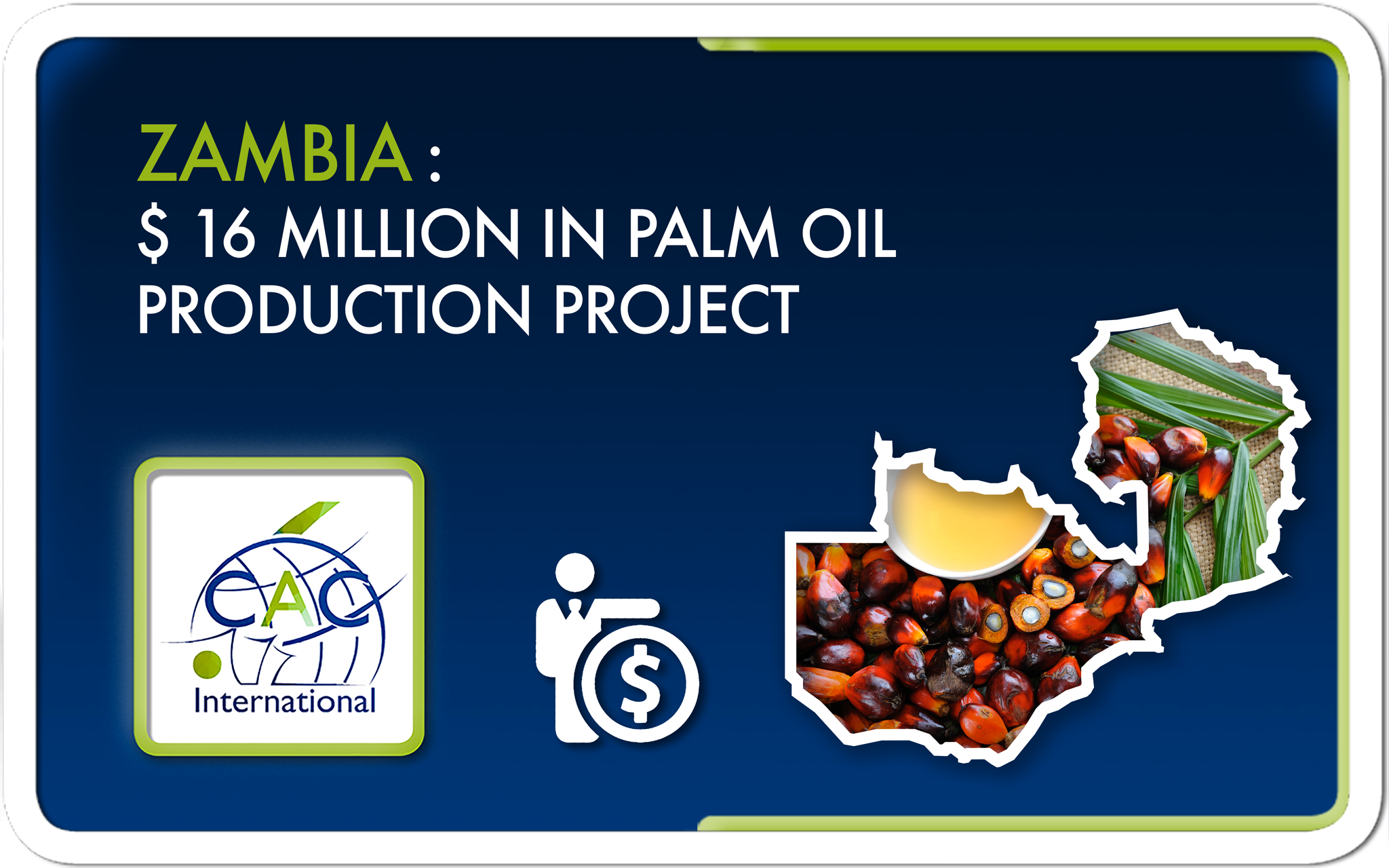 The Zambian government has invested $ 16 million in equity financing through its investment group, Industrial Development Corporation (IDC) in a palm oil production company run by the country’s largest agri-food processing company, the company, Zampalm. There is also apublic-private partnership with Zambeef Products Plc, with the government owning a stake of 90 % in the project.

Jacob Mwanza, president of the company, announced that another $ 2 million will be invested in the project over the next five years.

Under the agreement, the funds invested by the government will result in the planting of an additional 900 hectares of palm and the expansion of production with a modern self-feed palm oil mill of 10 tons per hour to treat fruits from the plantation located in the northern district of Mpika.

“In the future, the goal is to develop the full potential of planting 20,000 hectares, of which 2,911 hectares are already planted and to develop a production project for local farmers,” Mwanza said in a statement .

Under the agreement, Zambeef will retain a 10% interest in the project and will continue to oversee and develop it under a management contract.

Zampalm was incorporated in 2009 to supply a source of crude palm oil after the acquisition of another local edible oil processing company.

According to the press release, it is hoped that production and processing will greatly reduce the country’s dependence on imports of crude palm oil and edible palm oil, which amount to US $ 70 million per year.

At present, Zambia consumes about 120,000 tons of cooking oil, but produces only 30-50% of total demand, with half of the country’s oil consumption imported from the Far East, East Africa and South Africa.

Once fully exploited, the plantation will contribute to the replacement of 70,000 tons of cooking oil imported into the country.