The Africa CEO Forum, a place of intellectual and economic exchange.

The Africa CEO Forum, a place of intellectual and economic exchange. 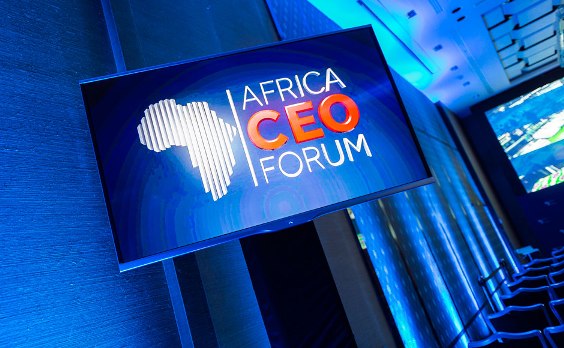 The third edition of the Africa CEO Forum opened on March 16th in Geneva, at 9 am local time. Over two days, about 800 business leaders from Africa, from 63 countries, including 43 Africans, exchanged, discussed and discussed business at the Intercontinental in Geneva.

The two co-organizers, in their opening speeches, Amir Ben Yahmed, Vice-President of the Young Africa Group, and Donald Kaberuka, President of the African Development Bank, wondered about the recent economic difficulties in Africa .

“Ebola, repeat crises, oil prices falling … Is the period of pomp finished in Africa?” Asked Donald Kaberuka, adding that the current questions gave him a feeling of “déjà vu” . “In 2008 and 2009, in the midst of the international financial crisis, I was asked if this was the end for Africa. We did what we had to do and Africa did very well,” added the Rwandan who will soon leave his post.

Amir Ben Yahmed recalled the progress made by Africa over the past 10 years, while highlighting the current challenges: increasing budget deficits from 0% of GDP to 5.1% of GDP over the past five years; The debt-to-GDP ratio rose from 28% to 39% over the same period; And a drop in government revenues estimated at $ 70 billion (out of a total of $ 600 billion annually) due to lower oil prices and many minerals.

The vice president of the Jeune Afrique Group also stressed what will be another highlight of the Africa CEO Forum: the business climate. By 2015, 34 African countries are among the top 50 countries ranked in Doing Business. And only three in the top 50: Mauritius, Rwanda and South Africa.

Once again, the Africa CEO Forum brought together the biggest names in the African economy. Many Kenyans have made the trip, along with Nigerians, Ghanaians and South Africans, reinforcing the presence of English-speaking Africa. The appointment has also become that of the multinationals, as confirmed by the presence of Pierre-André Terisse, boss Africa of Danone, and that of Jean-Sébastien Decaux, one of the heirs of the world number two poster Urban, JCDecaux, which has just completed the acquisition of the South African Continental Outdoor Media.

The participants were able to follow three major conferences: on the growth trajectories of African economies, on the reform of the business environment and on the explosion of cities. In addition, five themes (the development of digital technologies, family businesses, diversification of funding sources, the keys to successful acquisition and the creation of African champions) were the subject of specific panels.

At the heart of many discussions, industrialization seems again to be among the priorities of decision-makers. The continent’s much-needed jobs and the development of intra-African trade, said Venkataramani Srivathsan, CEO of Olam in Africa and the Middle East. “If the Niger will never import raw cocoa from Côte d’Ivoire, it will be a pleasure to buy chocolate bars from Abidjan, as tasty and cheaper than those made in Europe,” summarized a panelist.

In three editions, the Africa CEO Forum has become the inescapable rendezvous of economic decision-makers from Algiers to Cape Town. Originally planned in Côte d’Ivoire, it was finally organized again in Switzerland, due, among other things, uncertainties, for an event that must be planned long months in advance, that the Ebola crisis was hovering. In the rostrum, Ivorian Prime Minister Daniel Kablan Duncan, however, did not fail to renew the invitation of his country for the next edition in 2016. Other candidates, from Rwanda to Kenya via Ghana and Morocco, are on the rows. After two days of communion to celebrate and sustain African growth, the competition has already resumed. Tough way to do business.

The event in pictures