Nuclear: China as a major actor in Africa

Nuclear: China as a major actor in Africa 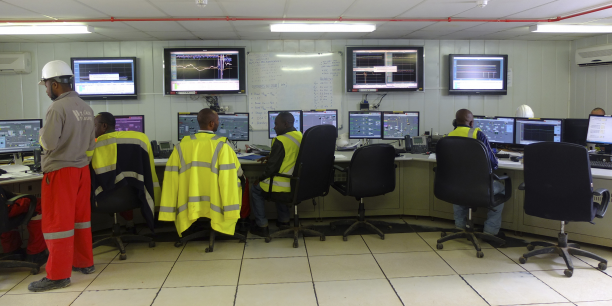 While the global atomic market continues to suffer from the consequences of the Fukushima disaster, the outlook looks promising for the continent, which is increasingly opening up to the nuclear industry. A windfall for China which is already positioning itself as the next major player in the industry to not only secure its supply through mining but also the construction of civilian reactors.

It is a decision that illustrates China’s ambition in the African nuclear market. Faced with a slowdown in its economy with a collapse of its foreign exchange reserves, the Chinese government announced last January its intention to reduce the scope for investment abroad. It was clearly a matter of placing “under close surveillance or even a ban on irrational acquisitions or investments” for the 102 state-owned enterprises under the control of the powerful Public Administration and Supervision Commission (SASAC).

Several sectors are concerned by this measure which has shaken the international financial markets for which China is a heavy weight among which those subjected to a strong fluctuation of prices like energy raw materials or heavy industries. This raises concerns in Africa where China’s demand is preponderant, except that Beijing has at the same time decided to encourage investment in the sectors it considers strategic. These include nuclear power, a market where the empire of the environment displays great ambitions for the coming years and on which, Africa has its card to play.

As gloomy as the world nuclear market is today, the outlook for the next few years looks very promising for the industry. The current decline in prices, which is partly due to the consequences of the Fukushima disaster and the still dull economic climate, will end with projections of a new era of growth for the next few years in the nuclear industry. By 2014, for example, 441 nuclear reactors were in operation in 30 countries with a capacity of 382 GW, covering just over 10% of global energy demand. Despite the slowdown in the sector at the time, with a drastic drop in the price of yellow ore combined with the economic context, the sector continued to register modest growth.

The International Atomic Energy Agency (IAEA), in one of its reports published in the same year, which contains estimates of the global atomic market up to 2050, Of nuclear power production over the next few years. The outlook for the various scenarios is based on growth that can oscillate between 2.4% (low projection) and 88% reaching 631.8 GW (high projection) by 2030. A year later, the International Energy Agency (IEA) confirmed the upturn in the nuclear electricity market, which is expected to account for 25% of the final energy mix by 2050. According to the report “Energy, Electricity and Nuclear: estimates up to 2050”, this should double current capacity.

Overall, and according to the IAEA, global nuclear power capacity is expected to increase by 60% by 2040. A good year for Africa, which also has nearly 20% of the world’s uranium resources, is increasingly opting for nuclear power to fill its electricity gap. About thirty countries on the continent have reserves of Uranium and some, such as Niger, with currently less than 10% of world production or to a lesser extent South Africa and Namibia, are on the list of the most important deposits World. Reserves have been recently updated in other countries in southern and eastern Africa and evidence of nuclear prospects in Africa, a dozen countries have recently expressed their intentions to develop this raw material to satisfy their growing electricity needs, particularly through the civilian nuclear industry, which is increasingly less expensive and above all less polluting.

While today South Africa is the only country to exploit nuclear power on the continent, with the two Koeberg reactors near Cape Town providing 1.8 GW capacity, the situation could change over the next ten years. Projects are multiplying on the continent. South Africa, for example, plans to add eight reactors for an additional capacity of 9.6 GW by 2030, a 40 billion euro market that fuels the lust of large international firms in the French sector, Russian and Chinese.

The international market for civilian nuclear power is becoming more and more important on the continent. Countries in the Maghreb (Morocco, Algeria and Tunisia), but also Ghana or Uganda and most recently Niger, have real roadmaps for the exploitation of this resource as part of their energy policy. Following Egypt, Egypt, Nigeria and Kenya are well on their way to putting the next nuclear reactors on the continent. For example, Russia is working in Egypt and Nigeria for projects to be launched in 2025. It is also at this date that the first Chinese which will be installed in Kenya (1,000 MW of electricity by 2025 and about 4,000 MW by 2030). In China, the Husab uranium mining operation has begun in China over the past few months through the China General Nuclear Corporation. The Chinese are also maneuvering in Niger with the Azelik mine in the north of the country, after failing to delight the French giant AREVA, exploitation rights of the giant Imouraren mine with its estimates 5,000 tons of production Year for an investment of nearly 2 million dollars. The country has more than twenty nuclear reactors already operational and by 2015 already 28 are under construction. By 2030, China wants to shift to a production of 15 to 60 gigawatts. Dual strategic challenge as Europe has decided to accelerate its nuclear exit since the 2011 Fukushima disaster, China is strategically positioned on this niche in order to become one of the major players in the market in the wake of the rather interesting prospects that conceals the atom market in the coming years. This dynamic, already underpinned by the sector, opens up new opportunities for African countries both for the potential of the continent and for its deficit in energy production. It is the same dual challenge for China which intends first to secure its supply to supply its nuclear fleet in constant progression but also by positioning itself in the market for the supply of expertise and services, a sector that has the wind In line with the industrial ambitions of the country with rising demand in Africa but also in emerging countries like India or Brazil in addition to Russia, a major player in the sector. Obviously, nuclear power is therefore a new niche for the development of Sino-African economic relations with all that the market induces in terms of related markets. In addition to mining or plant construction, the development of the African nuclear sector will be reflected in the development of subsectors such as the maintenance or treatment of nuclear waste. So many opportunities for the empire of the environment that is already positioning itself as one of the next major players. Until the continent has its own expertise in this area.