Madagascar: 883 newly created companies including 154 Chinese in the first half of 2017

Madagascar: 883 newly created companies including 154 Chinese in the first half of 2017 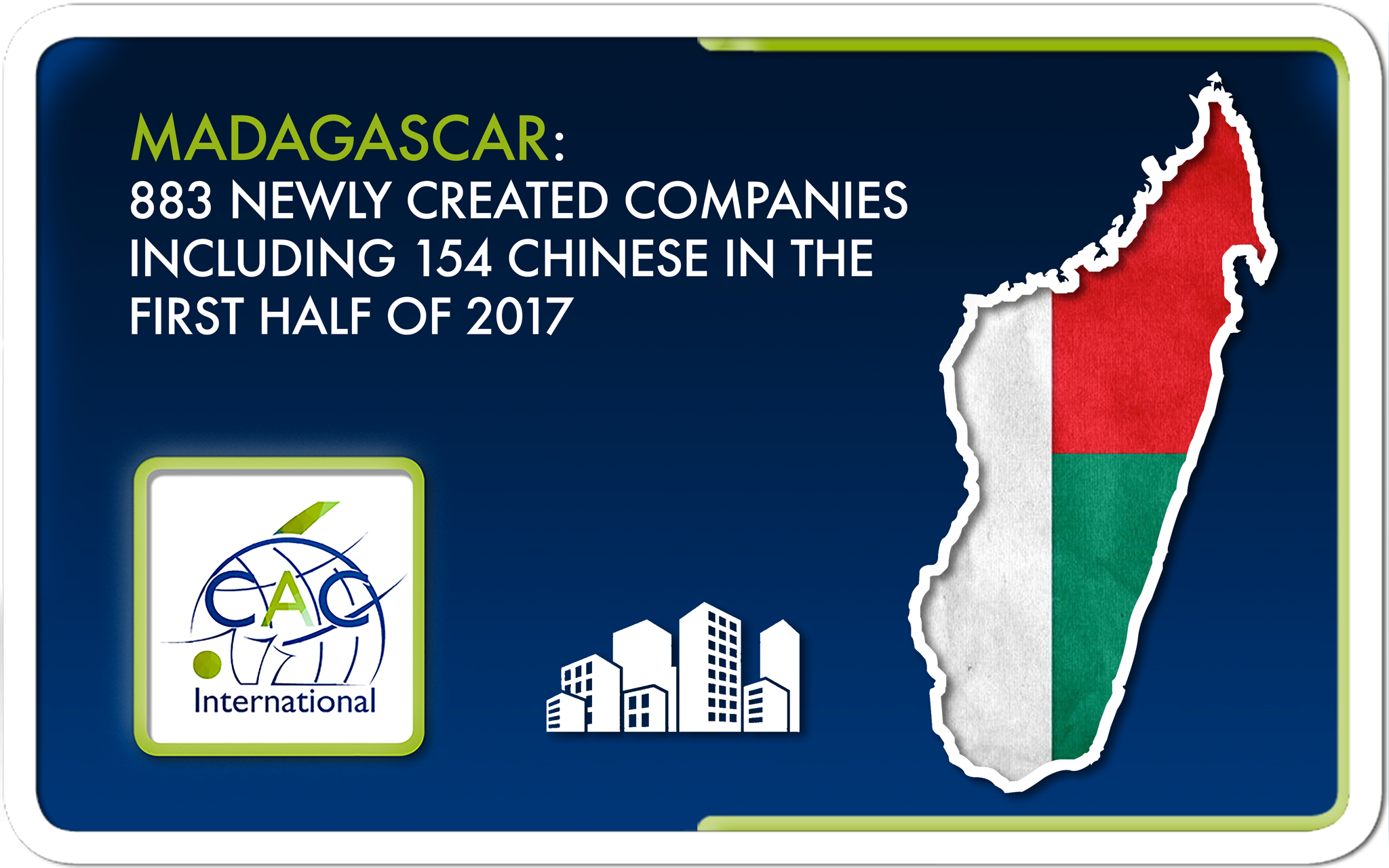 In Madagascar, 883 companies were newly created in the first half of 2017, of which 154 are Chinese companies,” a report published recently by the Economic Development Board of Madagascar (EDBM) reveals.

According to Eric Andriamihaja Robson, CEO of the national and foreign investment promotion agency, the number of companies created in the first half of 2017 is up 14% compared to the same period last year.

Meanwhile, Chabani Nourdine, Malagasy Minister of Industries confirmed on Monday in Xinhua in an interview that “this increase is very important and marks the development of the industry sector in Madagascar.”

“The roadshows carried out by the Head of State abroad to encourage investors to come to the country have been among the efforts in promoting investment in Madagascar,” Nourdine said, adding that only about thirty companies could generate more than 30,000 jobs.

Mr Robson said that 46% of the 833 companies belong to private operators from 33 nationalities, 154 of whom are Chinese, 85 Europeans, 35 led by sub-Saharan Africans and 12 by Americans.

According to the report, the fields of construction and public works, new information and communication technologies, transport, textiles and tourism are the most attractive sub-sectors.