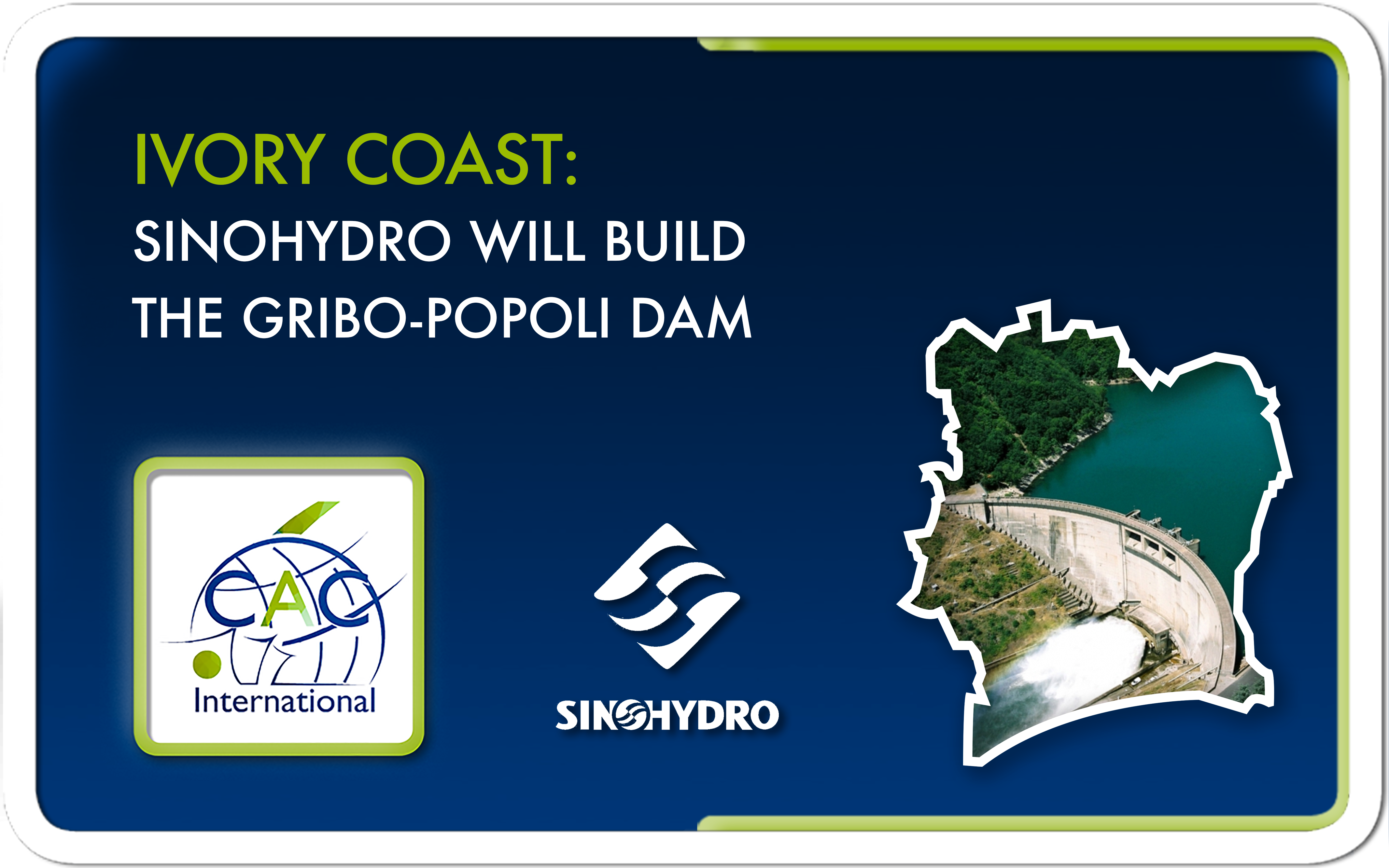 After constructing the 275 MW hydroelectric dam in Soubré at a cost of CFAF 280 billion (about $ 500 million), the Chinese company Sinohydro has been designated by the State of Côte d’Ivoire , for the construction of another dam, namely that of Gribo-Popoli.

With an estimated cost of $ 307 million, the future Gribo-Popoli hydroelectric dam (112 MW) is scheduled to be operational after forty (40) months of construction. Its implementation will allow, according to the Ivorian authorities, to increase the hydroelectric generating capacity in Côte d’Ivoire to 991 MW and the hydroelectric power generation to 3580 GWh.

This future dam is part of a set of three other hydroelectric development projects on the Sassandra River, downstream of the Soubré dam. Their implementation will provide, according to the Ivorian government, an additional capacity of 508 MW distributed as follows: Gribo-Popoli (112 MW), Boutoubré (150 MW) and Louga (246 MW).

Moreover, it is important to note that in energy matters, Côte d’Ivoire’s ambition is to achieve, by 2020, the electrification of all localities of more than 500 inhabitants. To do this, the country aims to increase its power output from about 2000 MW to 4000 MW.

To this end, the strategy of the Ivorian authorities is based on the ramp-up in the energy mix, of which the share of water will increase from 30% to 45% by 2020, to which will be added 5% of other sources renewable (mainly solar). This will reduce the share of thermal by 50% and reduce the gas bill.