For a collective initiative in the Sub-Region.

For a collective initiative in the Sub-Region. 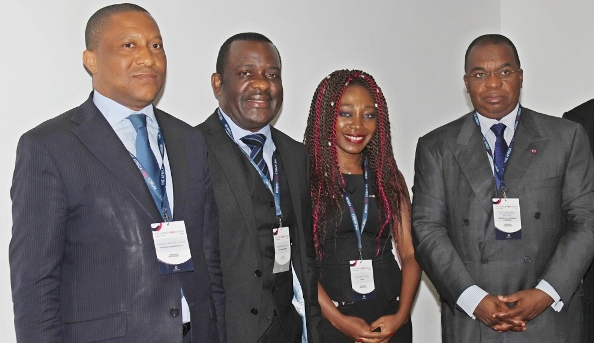 In the margins of the last edition of the Africa CEO Forum 2016, of which it is an official sponsor, CAC International through its CEO, Jérome Minlend, has proposed a collective initiative for joint action by the major economic players in the Sub-Region.

The Africa CEO Forum, which took place on March 21st & 22nd in Abidjan, brought together the most influential African decision-makers and financiers. Many countries on the continent were represented, in particular the ECOWAS countries and the countries of East Africa. The holding of a joint conference of the Ivorian and Ghanaian Presidents Alassane Ouattara and John Mahama to encourage companies to invest in the region shows a certain will of the countries of West Africa to act collectively. At the same time, the African Development Bank has identified five priorities, including the economic integration of African states. Everything seems to indicate that the time is now for the union of the African forces.

The benefits of collective and concerted economic action by the countries of the same region are manifold. For private sector actors, economic integration provides access to a much wider market than a national market. For public sector players, better integration makes it possible to build coherence in national actions, particularly in terms of infrastructure, taxation and economic development, with the aim of organizing a regional attractiveness center for foreign investors.

Despite this, the presence at this international event of Cameroonian companies such as CAC International and that of HE Louis Paul Motaze, Minister of Economy, Planning and Territorial Development, Hide the low representation of Cameroon and the Sub-Region. Hence the initiative of Jérome Minlend to bring together the good wills to create a national and regional dynamics to weigh all our weight in the international economic networking.

Unite yes, but how?

A better visibility of our Sub-Region begins with a strong dynamics initiated in Cameroon. At the level of economic leaders, it seems essential to come together and join forces to be present at the international meetings allowing us to expose ourselves to foreign investors. This conquest of new markets is also based on a strong partnership between the public and private sectors. Indeed, the private sector can not do without the establishment of a structural and economic context favorable to business by the administration. Similarly, the public sector must be able to rely on enterprises for the economic development of Cameroon and the Sub-Region.

CAC International proposes to bring together as soon as possible all the good wishes in order to constitute itself as a group representing the regional interests and to conquer new markets to build the Africa’s future.