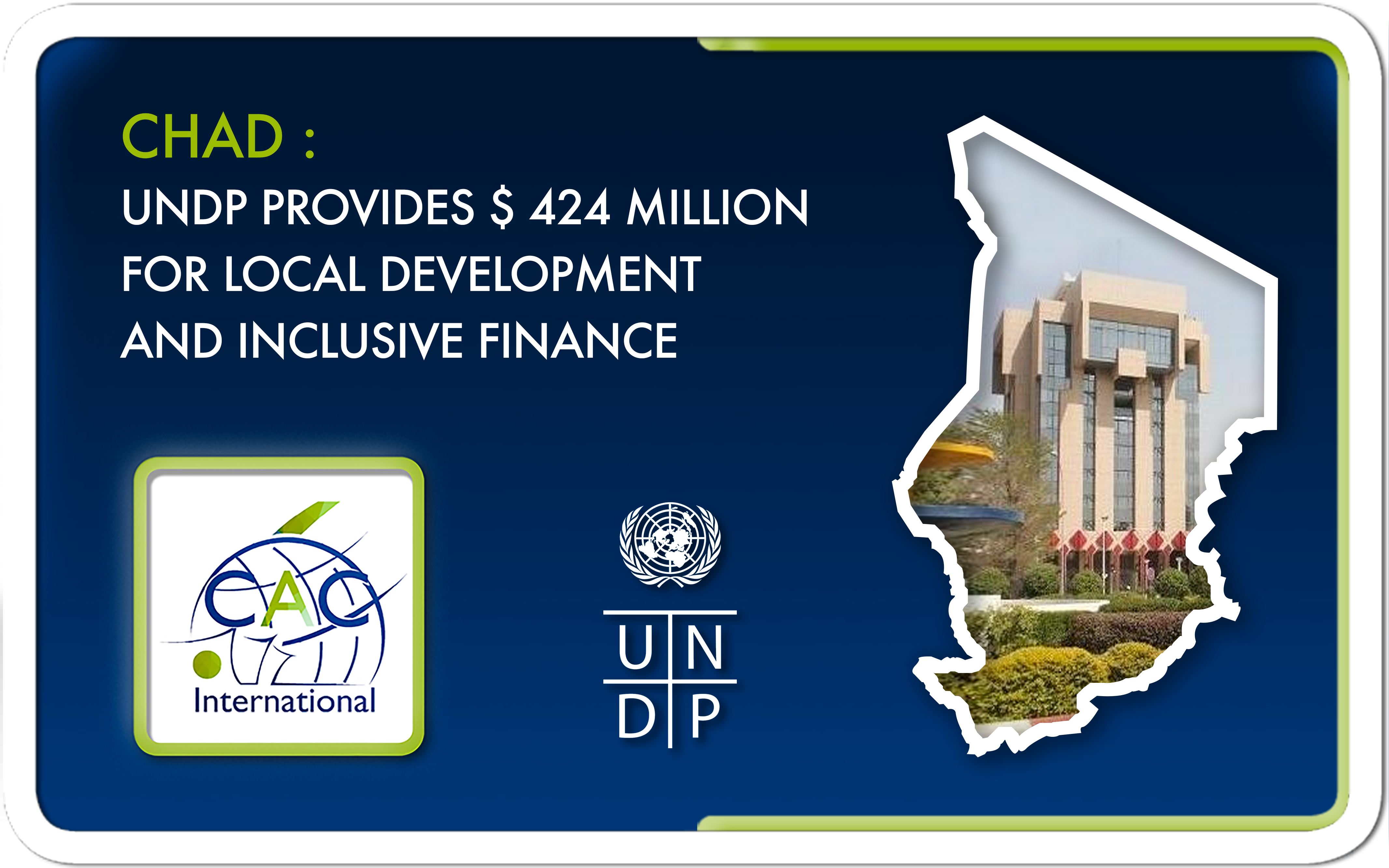 The United Nations Development Program (UNDP) will finance the Chad Local Development and Inclusive Finance Program (PADLFIT) in the amount of $ 424 million.

The signing of the project document for the implementation of this program took place on September 25 between the Chadian Minister of Economy and Development Planning, Ngueto Yambaye Tiraina and the Country Director of UNDP, Carol Flore-Smereczniak.

PADLFIT succeeds the Program of support to the inclusive finance in Chad (PAFIT) which ended on December 31, 2016. Its objective was to contribute to the improvement of the living conditions of the populations through a sustainable supply of financial services. This is achieved through an inclusive microfinance sector led by professional players operating in an institutional, regulatory, legal and judicial environment with greater incentives.

PADLFIT, meanwhile, aims to promote financial inclusion, local development, employment and self-employment in Chad. This multisectoral program is centered around decentralization and local development, inclusive finance and value chain financing. But also around the objectives of sustainable development, de-radicalization, resilience, vocational training, promotion of trades and job creation for young people and women.

The PADLFIT thus foresees the realization of approximately 20 multifunctional centers of financial services by region and 20 000 micro-enterprises. Of which at least 60% for women, in the form of cooperatives or individual, functional with the creation of jobs for at least 500 000 households.

For Chad’s Minister of Economy and Development Planning, Ngueto Yambaye Tiraina, “this program aims at the fight against poverty and even its eradication with the socio-economic integration of the populations through the promotion of local development and the” financial inclusion “. UNDP Country Director Carol Flore-Smereczniak said that “PADLFIT is part of the new directions of the government and UNDP that focus on the need to implement major programs benefiting vulnerable populations “.