Cemac: Towards a single window for transport management on the Douala-Bangui and Douala-N’Djamena corridors

Cemac: Towards a single window for transport management on the Douala-Bangui and Douala-N’Djamena corridors 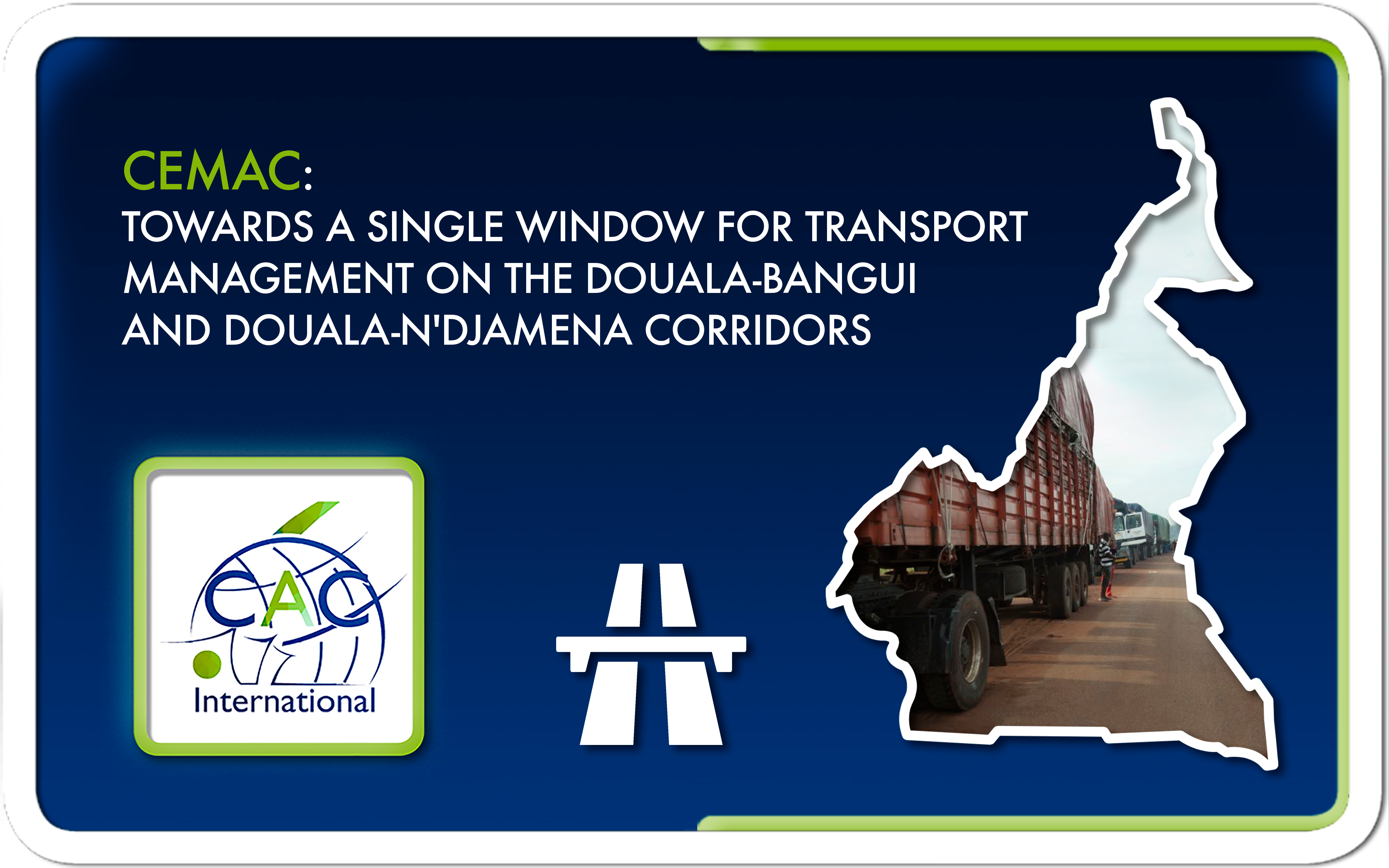 Cameroon, Chad and the Central African Republic are preparing to establish a one-stop-shop for the management of formalities to facilitate transport on the Douala-Bangui and Douala-N’Djamena road corridors with the support of the World Bank.

Representatives of the three countries met last week in Douala, the Cameroonian economic metropolis and gateway to the sea for Chad and the Central African Republic, in the presence of transport experts from the World Bank, on a mission of supervision in the region. region.

These countries belong to the Central African Economic and Monetary Community (CEMAC), which is also composed of Congo-Brazzaville, Gabon and Equatorial Guinea and represents a community area known to be the least economically integrated in Africa, with trade failing to reach 3% of its total trade, according to estimates.

For more than a decade, a $ 655 million credit line from the World Bank has provided funding to all three countries for this transport facilitation project in Central Africa to improve the quality of infrastructure, increase trade and to strengthen socio-economic integration through the free movement of goods and people.

Today, this project is also working “to improve the capacity of the Customs administrations of Chad, Central Africa and Cameroon to establish easier margins for carriers, for the facilitation of transit,” says Xinhua Pierre Bonneau, one of the members of the World Bank supervision mission.

On these roads, carriers complain of being harassed by a multitude of checkpoints and irregular financial payments to agents of these services. The one-stop-shop will have to put an end to these practices considered to be obstacles to the facilitation of transport and commerce.

Moreover, while Douala plays a crucial role in trade between these countries, its commercial port, through which Chad and the Central African Republic continue to be connected to the international market, is not without reproach.

Due to long delays in moving goods to its wharves, the logistics infrastructure has emerged as a “stumbling block” for its clients and observers, as evidenced by various studies by the World Bank. In question, the level of tariffs for the storage of goods on the sites of exploitation. Since January, however, these rates have been revised downward to allow the port to be decongested and to improve efficiency.

In the opinion of Pierre Bonneau, this transit facilitation project will also provide “investment solutions on the road and rail corridors between Douala-Yaoundé-N’Djamena and Douala-Yaoundé-Bangui”. For example, 100 kilometers of paved road between Ngaoundéré and Mbéré, in the north of Cameroon, have just been received.

“We were mainly in the Far North for the resumption of work on the Mora-Dabanga-Kousseri road, which is an important element of this corridor and which will be the last missing link to be able to find the entirety of this logistic infrastructure” added the head of the World Bank.

205km long, this axis connects Cameroon directly to N’Djamena, the Chadian capital. Its rehabilitation, suspended because of attacks by the Nigerian Islamist sect Boko Haram in the region, after having been entrusted to a Chinese company, is now carried out by the military engineers of Cameroon.

It is an investment costing 61 billion CFA francs (about 122 million dollars), of which 46 billion FCFA (92 million dollars) brought by the World Bank and the rest by the Cameroonian government.

“There has already been an extremely important progress in terms of the quality of the infrastructure, whether along Douala-N’Djamena or Douala-Bangui, we now have corridors that have been almost completely redone. still a few sections, but I would say we are not very far from the ultimate goal of having fully integrated corridors, “summarized Pierre Bonneau.