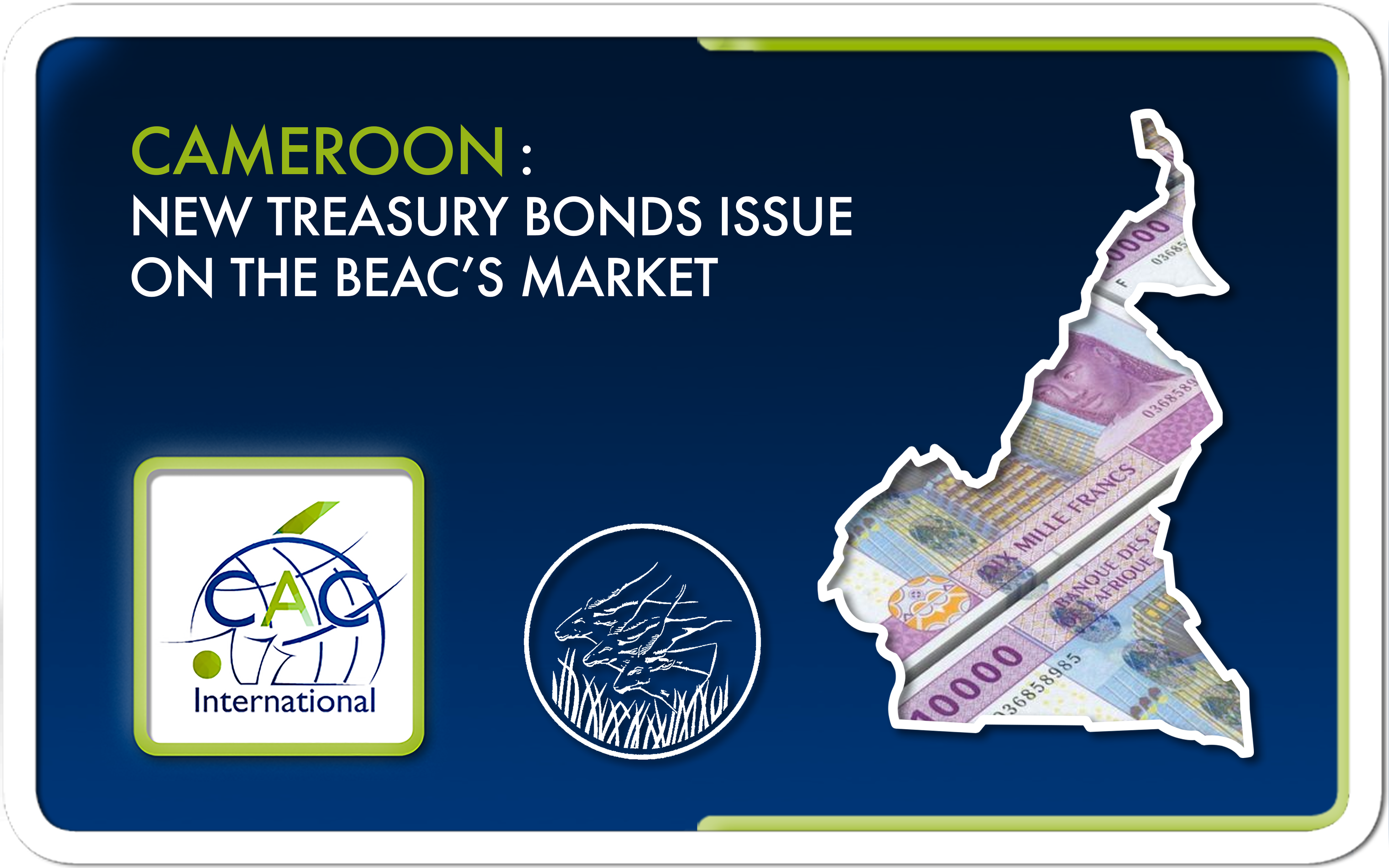 On February 28, 2018, Cameroon will issue a 23-week maturity fungible treasury bonds to raise CFA 10 billion on the security market of the Bank of Central African States.

Since the security market was launched, this is the first time Cameroon will try to raise that much money since its previous issuances have never been over CFA 7 billion. This may be because the country has been comforted by the result it got during the issuance on February 21 (CFA 5 billion) during which the subscription rate was 327%.

Even though the average interest rate investors require is continually high, this rate demonstrates their interest in Cameroon’s public securities. For the record, during the operation on February 21, 2018,  the interest rate was 2.95% while it was 2.5% during the first hours of this market in 2015.