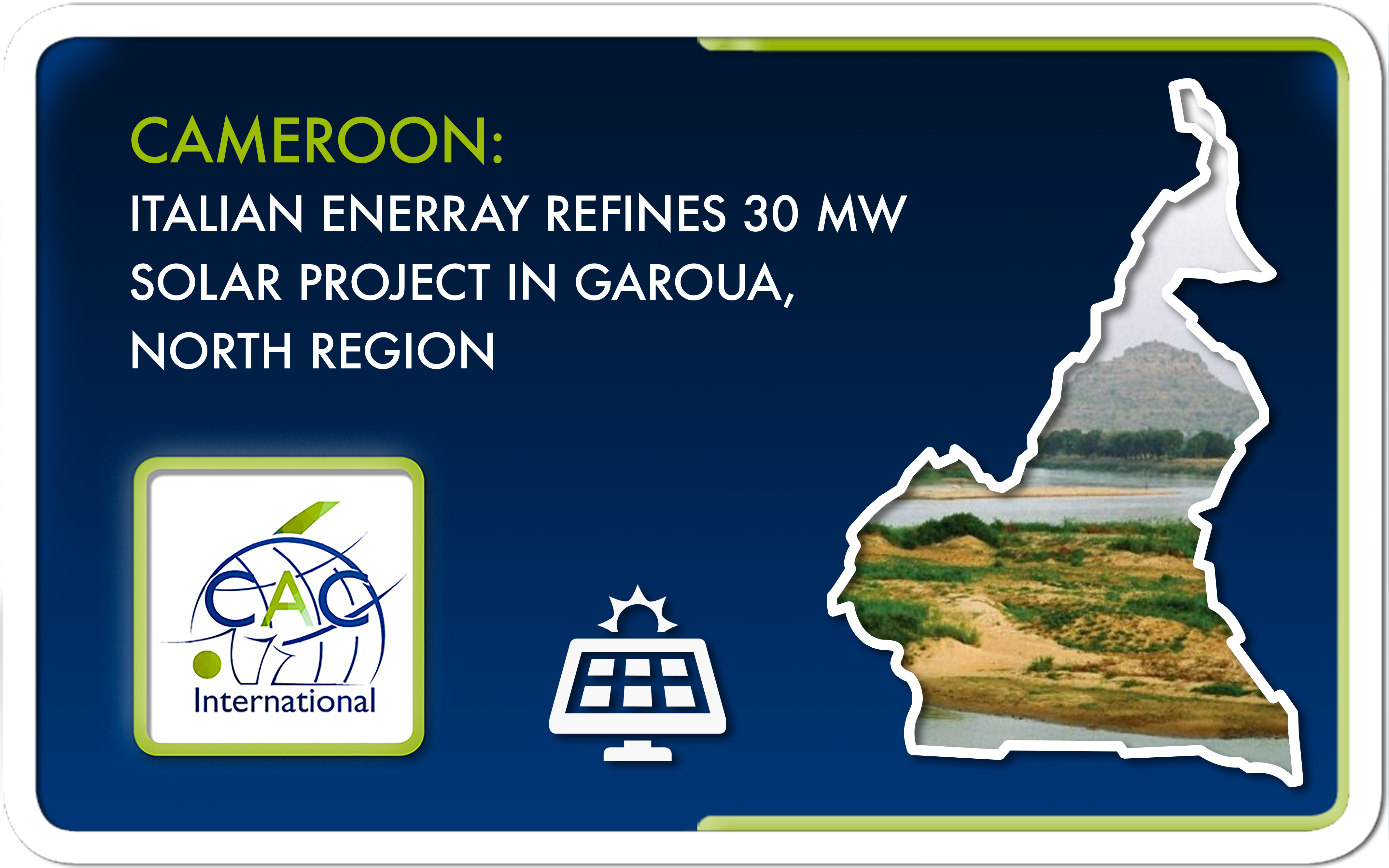 Not far from the international airport of Garoua, the regional capital of North Cameroon, the Italian company Enerray is expected to build a solar park on several hectares, from which a dedicated plant will produce 30 MW of electricity, reveals the platform of PV Tech online information.

According to the same source, the various authorizations for the realization of this project have already been obtained, just as the site has been identified. Once completed, the infrastructure will be connected to the interconnected North network, in order to contribute to the reduction of the energy deficit in the three northern regions of Cameroon, the most insolated part of the country, according to a study by the  Regulatory Agency Electricity.

This project is expected to contribute to strengthening the share of solar power in Cameroon’s energy mix, which is largely dominated by hydropower, from which 73.3% of national production is officially taking place. The thermal represents a little more than 25%, against just 1% for solar, biomass and wind combined.