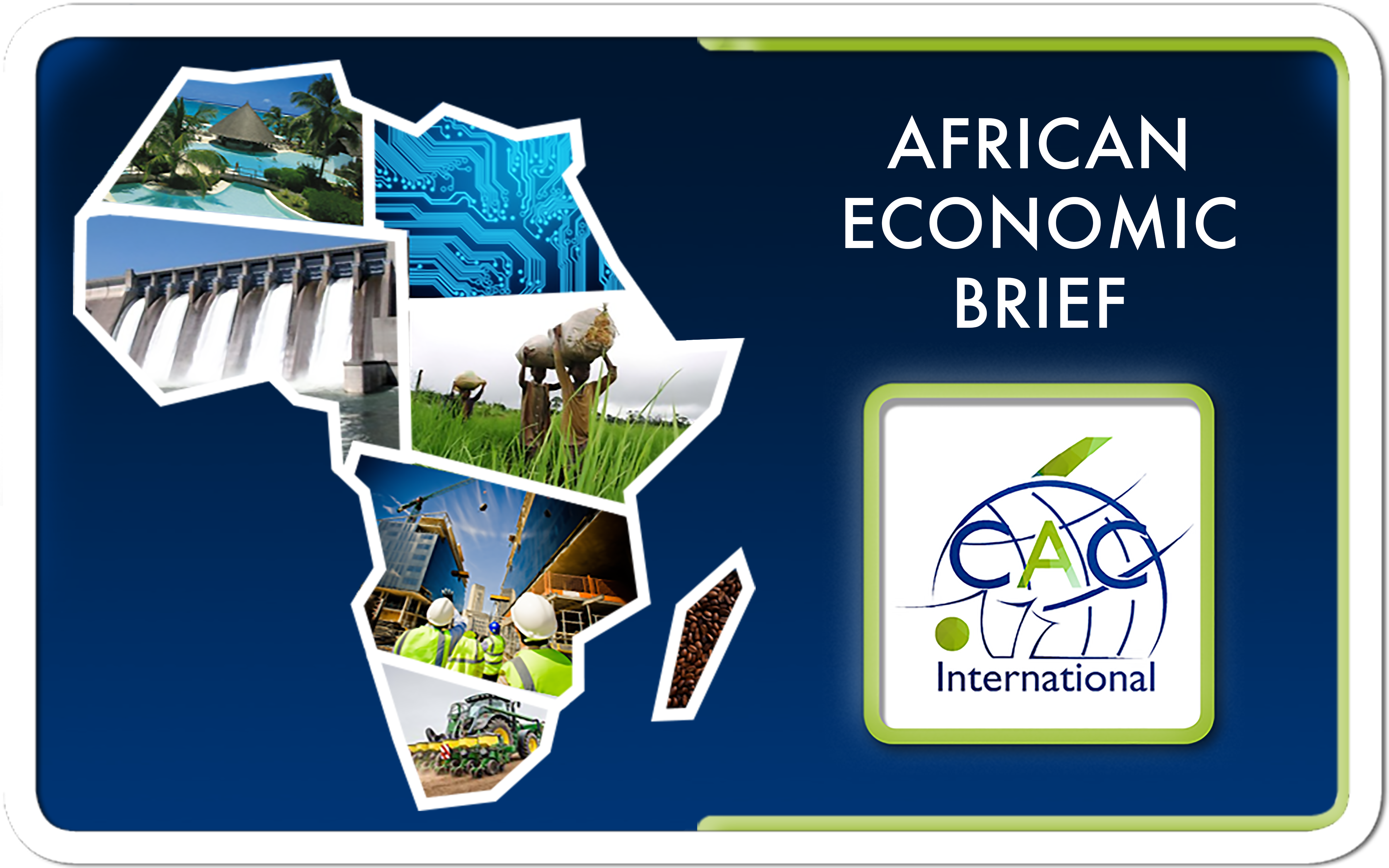 The technology leader is partnering with UNDP to leverage the organization’s extensive network of government partnerships in the region. The « IBM Digital – Nation Africa » ​​program will be launched from IBM’s regional offices in South Africa, Kenya, Nigeria, Morocco and Egypt. « IBM Digital – Nation Africa » ​​is to provide young people with free access to mobile applications, online guides, online tutorials and a volunteer program to support and promote the ability to use digital tools.

The private sector is a major contributor to digital

According to the Director of Telecommunications and Posts, Modou Mamoune Ngom, Senegal’s digital strategy 2016-2025 will be based on « three fundamental prerequisites which are the legal and institutional framework, the development of competences and the digital trust in relation to the problem of the cybersecurity « .

The estimated budget amounts to just over 1,361 billion CFA Francs (more than 2 billion euros); 73% will be provided by the private sector, 17% by the public and 10% through public-private partnerships, according to the minister, who considers that « the 17% are an important contribution according to the international standards of what is usually done in terms of good practice « .

A workshop on the theme « Transforming West African agriculture through the development of mechanization », was initiated by the Chief of Staff of the Minister of Agriculture and Rural Equipment, Lamine Lô who pointed out that the State has assigned a financial envelope of 79 billion CFA Francs (120.4 million euros) for the equipment and mechanization of Senegalese agriculture in 2017.

In addition, « we are also carrying out an important program for the equipping of family farms, amounting to 5 billion CFA francs per year, intended for small agricultural equipment ».

A development plan for Thiès

The mayor of Thiès, Talla Sylla, presented the plan of development of the city of Thiès, during a public ceremony. The proposed 2017-2022 development plan for the railway capital is estimated at 78.7 billion CFA francs (120 million euros).

« The objective is to ensure that Thiès is positioning itself as a metropolis of balance of global scale at the local level, to make the city a future platform of economic activities, receptacle of investments generating a » Jobs, « said the mayor of the city.

The French airline Aigle Azur organized at the end of January at the Radisson Blu hotel in Dakar, a workshop for travel agencies. It was the first professional meeting organized by the company in Senegal, since the launch of the destination France in 2015.

The company currently serves Algeria, Portugal, Mali, Senegal and Guinea from six French cities. Aigle Azur is owned by Weaving Group, Lu Azur and HNA Group. The company transports nearly 2 million passengers each year on board its Airbus fleet (A319 and A320).

A meeting was held in Douala on 28 February 2017 between the American company Hydromine and all the stakeholders on the Grand Eweng dam project on the Sanaga River. The objective was to discuss with the populations « to know their expectations and to make the necessary decisions », declared François Mazé, general manager of Hydromine Cameroon.

The Grand Eweng project is planned near the village of Kan in the department of Sanaga Maritime (Littoral region) and in the Nyong Ekellé department (Central region). The development includes a concrete dam, approximately 95 m high and 1.9 km long, a reservoir of 2 billion m3 of water and an area of ​​100 km2, a power station with an installed capacity of 1 800 MW for a level of production of 8,800 Gwh / year, as well as the construction of 400 kV high voltage lines, connected to the Cameroonian network and to the Nigerian network. The total cost is estimated at 1,500 billion CFA francs (2.29 billion euros) to be financed entirely by Hydromine and its potential partners (World Bank, AfDB, AFD …). « The project will cost the State of Cameroon nothing, » according to François Mazé. The construction work would start in two years and finish in 2024.

President Paul Biya authorized the Minister of the Economy, Planning and Land Planning, Louis Paul Motazé, to sign a loan agreement with China Exim Bank of $ 141.84 million, or 87.4 Billion CFA francs for the financing of the project for the construction of the evacuation works of the Memve’ele dam.

Entrusted to Sinohydro, the construction of this dam on the Ntem of 200 MW of installed capacity was officially launched by the Head of State on June 15, 2012. The overall cost of the investment is estimated at 420 billion F.CFA (€ 640.3 million), including CFAF 243 billion from China Exim Bank, CFAF 112 billion from the African Development Bank (AfDB) and CFAF 65 billion State of Cameroon. The Memve’ele dam is scheduled to be commissioned in June 2017.

Some 10,000 housing units with Italian partnersThe government will sign with the Bank Intesa Sanpaolo italian partners. The government will sign two loan agreements with the Italian Intesa Sanpaolo Bank in the form of buyer credit guaranteed by SACE, A total of € 175.5 million ($ 154 million + $ 21.5 million), or 115.12 billion CFA Francs, for the financing of studies on the construction of 10,000 housing units in Yaoundé and surrounding areas, The construction of the first 1,000 homes, and the construction of the necessary industrial base. The Italian group Pizzarotti will have an industrial area of ​​20 ha in Mbankomo (suburb of Yaoundé), which will house production units of building materials and prefabricated elements for the construction of housing. Two credit agreements in the amount of almost 139 billion CFA Francs (EUR 211.9 million) were already signed on August 16th,2016 in Yaoundé by the Minister of the Economy and the Bank Intesa Sanpaolo in favor of the project to build the multisports complex in Yaoundé (Olembé).

The Bini Hydroelectric Project in Warak

The Ministry of Water and Energy (MINEE) is planning to carry out the Bini hydroelectric project in Warak (Pahebiw) in Adamaoua, to Northern regions of Adamaoua, Far North and North, and to support electricity interconnection with neighboring countries, notably Chad and Nigeria. The government has signed a contract with Sinohydro for this purpose. Naldeo and AlphaTechnology offices have already jointly completed the Environmental and Social Impact Assessment (ESIA) of the hydroelectric development and power line. The impact assessment covers the reservoir (80 km²), the penstock and the hydroelectric plant (200 m drop, 50 m³ / s, 75 MW) and the power line (225 kV) Mounguel (70 km). The works, which are estimated at 300 billion CFA Francs (€ 457.4 million), also provide for the construction of the access road from the Ngaoundéré-Touboro road and internal roads within the perimeter of the structure. The International and Commercial Bank of China (ICBC) has already advanced 183 billion CFA Francs and the search for financing continues. The work is expected to last five years.

The rehabilitation of the administrative complex in Bangui

Finance Minister Henri Marie Dondra signed an agreement of 1.6 billion CFA francs (2.44 million euros) with the China Jiangsu International Economic and Technical Corporation , In order to rehabilitate the administrative building of Bangui, abandoned for more than ten years. Destroyed by a fire at the time of Francois Bozizé’s takeover in 2003, this complex was home to the Ministries of Education, Trade and Territorial Administration. Financed in full by the State budget, the work will last six months.

The government has approved the draft decree appointing the concessionaire for the design, construction and operation of the hydroelectric development of Ngoulmendjim and Dibwangui. According to the Ministry of Water and Energy, « this draft decree, which enshrines a public-private partnership will ensure the provision of clean and sustainable energy, and the strengthening of electricity production capacity in the provinces of Estuaire, Moyen-Ogooué, Ngounié and Nyanga « . On October 21st, 2016, the Gabonese Strategic Investment Fund (FGIS) and the Eranove industrial group signed two concession agreements with the Gabonese Republic for the Ngoulmendjim and Dibwangui hydroelectric projects. Each concession is concluded for thirty years. The Ngoulmendjim plant, with an estimated installed capacity of 73 MW, with an estimated annual output of 500 GWh, will be located 125 km from Libreville, on the Komo River. The Dibwangui plant on the Louetsi River, with an installed capacity estimated at 15 MW and an estimated annual output of 90 GWh, will be located in the south-west of the country, 152 km from Mouila, the regional capital of Ngounié.

The French oil services group Bourbon has won its first EPCI contract (engineering, procurement, construction and installation) from Total Gabon, for a rigid 6-inch water injection pipe on a section Of 25 km under the Hylia project. As part of the execution of this underwater development contract, Bourbon is working with key suppliers, mainly Cortez Subsea for installation equipment, as well as Wood Group for pipeline engineering and installation. Offshore operations will begin in the second quarter off Gabon with a vessel of the series Bourbon Evolution 800. « We are very proud of Total’s confidence in this first EPCI pipeline installation contract. This global project allows the Bourbon teams as well as those of our Gabon partners to demonstrate our ability to bring the best integrated services solutions at a competitive cost, « Bourbon said.

The Minister for Spatial Planning, Habitat Development and Urban Development, David Houdeingar, and the French Ambassador, Philippe Lacoste, visited Linia in late January , 35 km from N’Djamena, in order to monitor the progress of the Bahr-Linia hydro-agricultural development project, financed by the French Development Agency to the tune of € 5 million (3, 3 billion CFA francs). The total amount of the transaction amounts to 9.5 million euros (6.2 billion FCFA). This project aims at replenishing the dead arm of the Chari over a length of 38 km, from the confluence with the Chari to the village of Linia. It is accompanied by the construction of rural tracks along the route, as well as the development of water storage areas and fish ponds. The works also provide for the construction of crossing structures and regulation to allow water maintenance eight months out of twelve. The work started in November 2016, is carried out by SOGEA-SATOM (Vinci) and will last nine months. Their total amount is 4.7 billion CFA Francs(7.2 million euros). During his visit to Chad in July 2016, Rémy Rioux, AFD’s director-general, had agreed that his institution should finance the whole. An envelope complementary to the 5 million euros initially foreseen is currently being examined by AFD. The aim of the project is to improve the supply of fresh produce to the city of N’Djamena by upgrading an agricultural area of ​​2,000 ha. Water management will be the responsibility of the Association of users of the hydro-agricultural network (AUR Al-Afia).