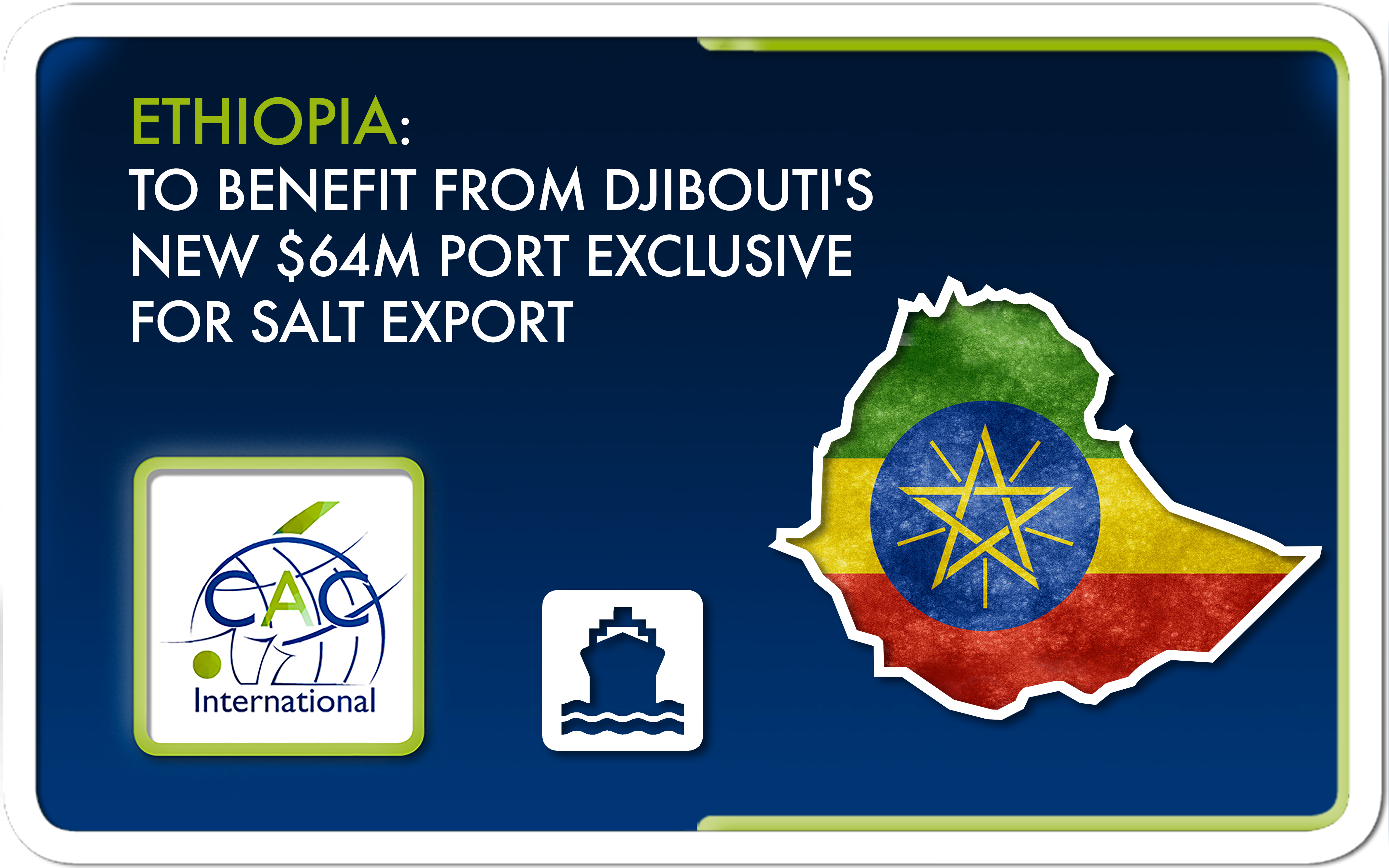 The Red Sea state of Djibouti on Thursday launched a sea port whose main function will be the export of salt, the BBC has reported.

It is expected to handle about six million tons of salt each year. The sea port will also benefit regional economic powerhouse, Ethiopia, as it is expected to facilitate the export of minerals from the landlocked neighbor.

The facility becomes the seventh sea port to be launched in the country and it further underlines Sino-Djibouti economic relations. The most recent cooperation led to the opening of a 690 hectare mega port with world-class facilities and equipment manufactured by a Chinese firm.

It is one of four new ports in the Horn of Africa nation co-funded by China to establish Africa’s largest free-trade zone that can handle $7 billion of goods every year, a statement by the port authority said.

The bulk terminal of the Doraleh port can handle 2 million tons of cargo a year and offers space to store 100,000 tons of fertilizer, grains and warehouses for other goods, the statement added.

Djibouti port is the main point of entry for goods from Asia, and also serves landlocked Ethiopia which recently opened the Chinese funded 752 kilometer-Addis Ababa-Djibouti railway that links the two countries.